Ukraine’s special operations forces have been conducting efforts against Russia since day one, and among the close-knit SOF community there are clear lessons being learned.

LONDON: The ongoing Russo-Ukrainian war represents the first time in recent history in which a well-equipped special operations force (SOF) has had to conduct ongoing, high intensity combat operations against a “peer” adversary. And SOF com

Since the start of the war, Ukrainian Armed Forces Special Operations Forces (UASOF) have been responsible for a variety of mission sets, including special reconnaissance and direct-action operations targeting Russian personnel, materiel and infrastructure at the tactical edge and behind enemy lines.

Getting a clear sense of what Ukraine’s SOF efforts have been is, naturally a difficult task. But the SOF community in Europe is a close-knit one, and word gets around. According to members of that community, who spoke to Breaking Defense on the condition of anonymity, UASOF have proven important to Ukraine’s war effort even while mostly employed for direct action tasks.

“They played a key role in dislodging Russian forces from Hostomel airport in the first days of the war, as well as in signature defensive actions against Russian conventional forces, much of which was filmed for informational purposes,” one source said.

“I suspect that they have been used for critical missions that are not necessarily ‘special’, but merely require elite light infantry that can be trusted to fight with determination and skill,” the source added.

Other European SOF sources suggested Russia’s lack of operational planning and poor military performance had allowed UASOF to operate with comparative freedom without having to significantly adjust their tactics, techniques and procedures to mitigate against emerging threats.

That challenge could change, however, should the lines of control solidify around the country, with Russia moving to dig in and claim territory in the Donbas region. In that case, the SOF sources agreed, expect UASOF to play a key role in leading resistance and sabotage efforts inside those areas in the future.

Inside this collection, you’ll find a series of stories and infographics hitting the most interesting results from the survey.

Ukraine’s success with special operations against Russia’s invading force has consequently provided European and NATO SOF units — particularly in neighboring states like Estonia, Finland, Latvia, Lithuania, Norway and Poland — with critical lessons learned as they consider how to respond to a similar type of invasion.

The results from UASOF doesn’t come as a surprise to officials at NATO Special Operations Headquarters (NSHQ) which is charged with influencing and shaping the policy, doctrine, capabilities, standards, training, education and coordination of 26 NATO and four NATO-partner SOF organizations.

NSHQ has been responsible for the development of UASOF in recent years through the Multinational Special Operations Advisory Team which serves as a platform to “coordinate bi-lateral SOF activity and create a unified, coherent approach to partner SOF development.”

“We are actively negotiating right now — the Army is — for Stinger and related components, and that’s ongoing,” said Bill LaPlante, the Pentagon’s top acquisition official, in wake of US sending thousands of weapons to Ukraine.

This means UASOF have benefited from training by NATO SOF units, allowing it to develop “measurable, relevant and sustainable SOF capabilities,” the NSHQ spokesperson explained.

So, what has been learned so far? The NSHQ spokesperson pointed to three areas of interest.

First, that the establishment of legal frameworks and organizational structures by political and military leadership to implement “whole-of-society” defense is something that needs to include SOF as part of the planning. No matter how effective, SOF units need to be part of the broader national defense planning.

Finally, NSHQ pointed to how UASOF had “limited” the disclosure of military casualty numbers: “Ukraine’s leadership has decided to limit this operational information. This is true of UASOF as well as conventional and security services. This decision has made it more challenging for Russia’s government to determine the effectiveness of their military campaign.”

Asked what else can be taken away from the action so far, another European SOF source suggested that special operations units must be “adaptable, quick to respond and capable of achieving high levels of precision against peer adversaries.”

Capable of operating in small but highly mobile teams, SOF must benefit from optimal levels in connectivity to ensure efficient command and control, situational awareness and therefore, streamlining of decision-making processes, sources highlighted. Only such a networked force would enable SOF small unit teams to conduct special reconnaissance tasks to identify deep fires capability and execute direct action missions to destroy or disable them. 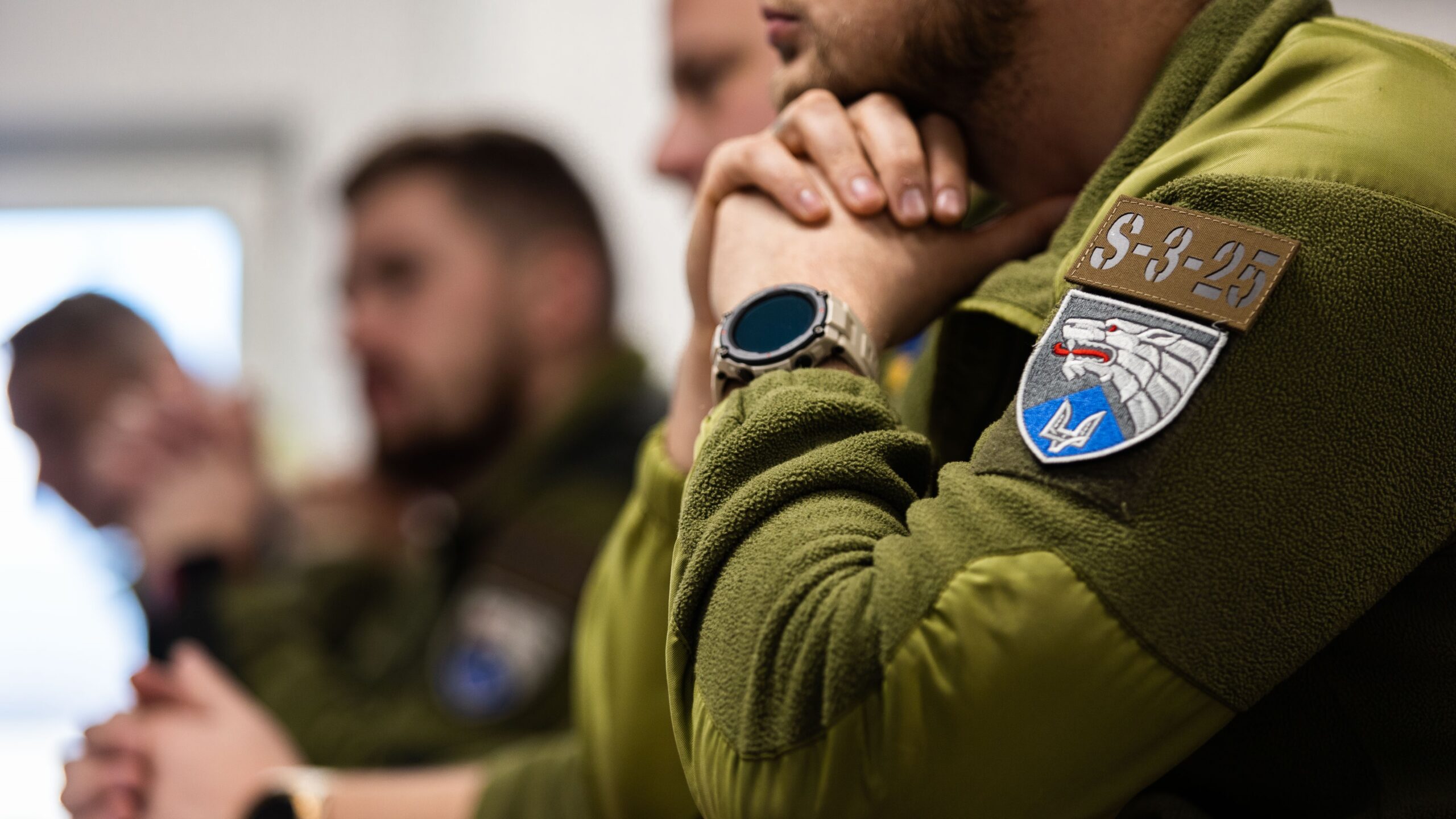 In terms of materiel required to successfully execute these types of mission sets, SOF must be equipped with lightweight, highly mobile yet effective precision guided munitions, sources suggested.These include anti-tank guided munitions (similar to the Javelins and NLAWs provided to UASOF from the UK and US over the course of the current conflict) through to loitering munitions such as Aerovironment’s Switchblade 300 and 600 systems, donated by the US government in recent weeks.

Despite still being viewed as an emerging technology, loitering munitions are quickly gathering pace as a turnkey solution which allows SOF teams to not only conduct beyond line of sight surveillance and reconnaissance of potential targets but also engage at very short notice with an organic, indirect fire capability.

Polish SOF already operate WB Group’s Warmate family of LMs, but it appears only a matter of time before European SOF units adopt similar LM capabilities from the likes of AeroVironment, IAI, Rafael, UVision and other providers.

A final lesson learned, which may be the most important one of all, is this: that the tactics being taught at NSHQ actually work, meaning other European SOF units can have confidence that they know what they are doing should operations in their home countries be required.

“In developing UASOF, the Ukrainian senior political and military leaders understood the importance of working with allies and partners to build the foundation for their special operations and actively participate in Alliance training and exercises,” the NSHQ spokesperson said.

As Russia shifts its attention to the East of Ukraine, the outcome of the war remains difficult to predict. However, should Russia end up occupying an area of the country in the long term, Ukrainian SOF will likely spearhead some kind of resistance campaign- another concept of operation which has been developed by NSHQ and its NATO partners over the past several years.

In January, Ukraine’s government ratified the National Resistance Strategy which, tasked  UASOF with leading a resistance movement should it become necessary, NSHQ confirmed to Breaking Defense.

According to James Dobbins, RAND’s senior fellow and distinguished chair in diplomacy and security, resistance or “insurgency” has become the world’s “most common form of warfare” although he said it “rarely offers a path to early victory in a conflict”.

However, he did concede insurgency could be “an effective tool in Ukraine’s fight against Russian occupiers if it is used as a complement to conventional battle.”

“When employed in this manner, insurgency can yield much quicker results by threatening an enemy’s lines of communication and drawing off its forces from the main battle. Insurgency alone offers, at best, the prospect of distant success at tremendous cost. When combined with a stalemated but still active conventional battle, however, it may provide the defender the decisive edge,” Dobbins wrote.

However, European SOF sources highlighted concerns regarding the penetration of Russian intelligence assets in Ukraine’s government, and how that could impact a resistance effort inside territory controlled more concretely by Russia.

“Even if those networks proved ineffective, it is unclear to what degree they were destroyed or to what degree they were forced underground but still provide potential conduits for information gathering and future activity. Even just the human terrain mapping and thus the ability to conduct targeting against resistance networks if the Russian ground forces are able to militarily control areas in the longer term, creates an immense obstacle to successful resistance,” the source warned.

Whatever the outcome of the war, discussions regarding the employment of UASOF in the conflict will feature heavily in NSHQ’s bi-annual Commanders’ Conference which brings SOF leadership together from across the Alliance to discuss SOF contributions to NATO deterrence and defense objectives. The next NATO SOF Commanders’ Conference is scheduled to take place in the fall of 2022.

“The schedule is currently being discussed but will look at the outcomes from the NATO Summit and what that means for SOF, training and exercises, and an update on the recently created Maritime SOF Development Program, to name just a few,” NSHQ’s spokesperson concluded.